Kino, Bermondsey’s independent cinema, cafe-bar and terrace, repoenstoday (Friday 28 May 2021) with a host of great movies.

You can also enjoy coffee and cake, a glass of wine and a sharing board or a cocktail and pizza, with table service provided by the friendly Kino team.

Don’t miss Happy Hour from 5 pm to 8 pm every Monday, Wednesday and Friday: 2-for-1 on house pints, wines and spirits!

Kino Bermondsey regularly runs special events alongside its film programme, including question and answer sessions and an annual film festival.

New films start on a Friday and tickets go on sale at 2 PM every Monday. Tickets for live and special events go on sale 4 – 6 weeks in advance.

Following the economic collapse of a company town in rural Nevada, Fern packs her van and sets off on the road exploring a life outside of conventional society as a modern-day nomad. Written and directed by Chloé Zhao and starring Frances McDormand in an Oscar and BAFTA winning performance.

A tender and sweeping story about what roots us, Minari follows a Korean-American family that moves to a tiny Arkansas farm in search of their own American Dream. The family home changes completely with the arrival of their sly, foul-mouthed, but incredibly loving grandmother. Amidst the instability and challenges of this new life in the rugged Ozarks, Minari shows the undeniable resilience of family and what really makes a home.

‘What makes this more than just another formulaic feelgood film is the grit with which Chung evokes the hardscrabble lives of his characters, balancing the dreamier elements of the drama with a naturalism that keeps it rooted in reality’
★★★★ Mark Kermode, The Observer

‘Minari is a story of the American Dream. But Chung’s brilliance is in how he adds depth and complexity to those foundational ideas – it’s in the spaces in between that we find love, loss, hope, and regret’ ★★★★★ Independent

‘a wonderfully absorbing and moving family drama with a buttery, sunlit streak of sentimentality… a film in which the details, the child’s-eye-view episodes, the calamities, the tenderly remembered touches, all sing together like a choir’
★★★★★ The Guardian

‘a work of extraordinary delicacy, poignancy and tenderness’
The Spectator

A Japanese fantasy action anime film in which a demon hunter and his companions discover that the train on which they are travelling is under the control of a powerful demon. Opening in Japan and the US to rave reviews, the box office so far has grossed over US$477 million worldwide, becoming the highest-grossing film of 2020 and the highest-grossing film of all time in Japan.

Falling forever into an endless dream…
Tanjiro and the group have completed their rehabilitation training at the Butterfly Mansion, and they arrive to their next mission on the Mugen Train, where over 40 people have disappeared in a very short period of time. Tanjiro and Nezuko, along with Zenitsu and Inosuke, join one of the most powerful swordsmen within the Demon Slayer Corps, Flame Hashira Kyojuro Rengoku, to face the demon aboard the Mugen Train on track to despair.

‘Does it live up to the hype? Without question’ Observer

Almodóvar’s first work in the English language, the Human Voice was shot over nine days in Madrid in July and premiered to critical acclaim at the Venice Film Festival in 2020.

Madness and melancholy intersect to thrilling effect as Almodóvar reimagines Jean Cocteau’s short play The Human Voice for an era in which isolation has become a way of life. Laws of desire become the rules of the game as Tilda Swinton’s unnamed woman paces and panics in a glorious Technicolor apartment where décor offers a window into her state of mind. A short, sharp shot of distilled Almodóvar: passion, emotion, heartbreak, wit, and melodrama exquisitely bound up in a tale for our times.

The critically-acclaimed 30 minute film will be followed by a 45 minute entertaining and insightful recorded Q&A. Hosted by Mark Kermode, Pedro and Tilda discuss the inspirations they drew on for the film, how THE HUMAN VOICE fits within the ‘Almodovar oeuvre’, and what Pedro will be making next – including a great surprise for Tilda. Recorded under lockdown conditions, the discussion features visual references and clips to create a dynamic and interesting companion piece to the short film.

Writer/Director Pedro Almodóvar is one of Spain’s most celebrated filmmakers with numerous accolades to his name including an Oscar, four BAFTAs, numerous Goyas and over 100 further wins and nominations. His credits include Women On The Verge Of A Nervous Breakdown, All About My Mother, Volver and most recently Pain And Glory.

A woman watches time passing next to the suitcases of her ex-lover — who is supposed to come pick her up, and his dog. She and the dog, which doesn’t understand that its master has abandoned it, wait for him.

‘Swinton is the centrepiece – the human voice of this witty, teasing movie and the human pulse as well’ ★★★★ Financial Times

‘For the times of lockdown Pedro Almodavar’s new short film is perhaps the most viable and relevant type of film production: a tale of someone isolated, regretful, anxious, unable to tell whether current arrangements are contingent or permanent, retreating into gestures of self-immolating despair’. ★★★★ The Guardian

Following the deadly events at home, the Abbott family must now face the terrors of the outside world as they continue their fight for survival in silence. Forced to venture into the unknown, they quickly realise that the creatures that hunt by sound are not the only threats that lurk beyond the sand path. 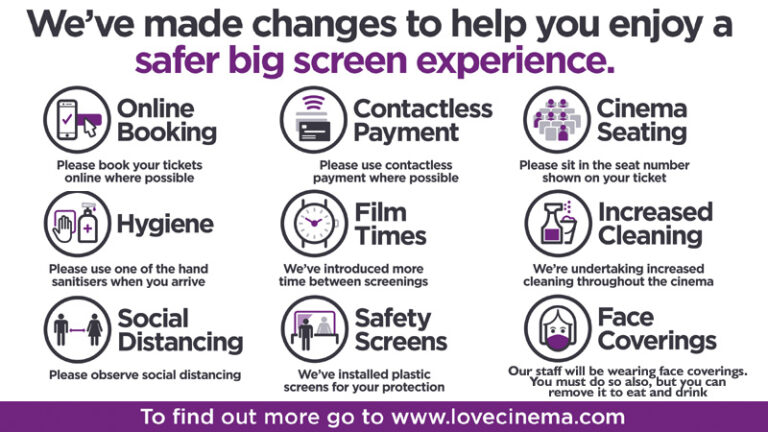