This project is supported by the Bermondsey Square Community Fund with a grant for £2,250.

About the Community Fund

Formed in 2011, Arts Odyssey deliver creative arts projects (primarily with dance) in the UK and internationally. Focusing on inclusion and community development, Arts Odyssey specialise in projects which offer participation for all and deal with issues of marginalization, identity and inequality. They aim to empower participants as global citizens with the power to work together for social change.

Who Was Ada Salter? 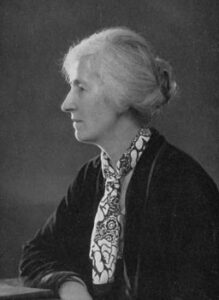 In 1897 Ada Salter joined the Bermondsey Settlement – a Methodist house which offered social, health and educational services to the poor of its neighbourhood. In the early 1900s Ada’s husband, Alfred Salter set up a low-cost medical practice in Bermondsey which was quickly over-subscribed.

In 1908 Ada and Alfred left the Liberal Party to join the Independent Labour Party. And in November 1909 Ada won a seat on the borough council, becoming the first woman councillor in London.

Ada was active in the Women’s Labour League which campaigned for the political representation of women in parliament and local bodies. A pacifist, she also worked for the Non-Conscription Fellowship during the First World War. At the end of the war she was amongst the British delegation to theWomen’s International League for Peace and Freedom conventions in Zürich and Vienna.

Re-elected to Bermondsey Council in 1919, Ada became Mayor of Bermondsey in 1922. She was the first female Labour Mayor in the British Isles. In 1925 she was elected to the London County Council and worked to improve public health. Ada became Chair of the Parks Committee in 1934, and campaigned for the introduction of a Green Belt.